Snapchat has found an answer to the revenue problem stemming from its halted growth: it will show its ads in other apps with the launch of Snapchat Ad Kit and the Snapchat Audience Network. And rather than watching as other apps spin up their own knock-off versions of its camera and Stories, it will let apps like Tinder and Houseparty host Stories inside their own products that users can share to from the Snapchat camera with Stories Kit. They’ll both be launching later this year, and developers interested in monetization and engagement help can apply for access.

Snapchat debuted the big new additions to its Snap Kit at its first-ever press event in Los Angeles, the Snap Partner Summit, where it also announced a new augmented reality utility platform called Scan, and its new multiplayer games platform. More than 200 apps have already integrated the privacy-safe Snap Kit that lets users log in to other apps with Snapchat, bring their Bitmoji, view Our Stories content and share stickers back to Snapchat.

But later this year, developers will be able to earn money off of Snap Kit with Ad Kit. Developers will integrate Snapchat’s SDK, and then Snap’s advertisers will be able to extend their ad buys to reach both Snapchat users and non-users in other apps. Snapchat will split the ad revenue with developers, but refused to hint at what the divide will be, as it’s still gauging developer interest. The move is straight out of Facebook’s playbook, essentially copying the functionality and name of Facebook’s Audience Network.

There are still big questions about exactly how Snapchat will reach and track ad views of non-users, and how it will be able to provide brands with the analytics they need while maintaining user privacy. But simply by making Snapchat’s somewhat proprietary vertical video ad units reusable elsewhere, it could prove it has a scale to be worth advertisers’ time. The lack of scale has often scared buyers away from Snapchat. But Snap CEO Evan Spiegel says that “In the United States, Snapchat now reaches nearly 75 percent of all 13 to 34-year-olds, and we reach 90 percent of 13 to 24-year-olds. In fact, we reach more 13 to 24-year-olds than Facebook or Instagram in the United States, the U.K., France, Canada and Australia.”

To keep those users engaged even outside of Snapchat, it’s adding App Stories through Story Kit. Snapchat users will see an option to share to integrated apps after they create a photo or video. Those Stories will then appear in custom places in other apps. You’ll see Snaps injected alongside people’s photos when you’re browsing potential matches in Tinder. You can see what friends on group chat social network Houseparty are doing when they are not on the app. And you can see video recommendations from explorers on AdventureAide.

For now, Snapchat won’t run ads between Stories in other apps, but that’s always a possibility. We’ll have to see how long it takes Instagram and Facebook to try to copy Stories Kit and distribute their own versions to other apps.

Snap also has some other fun new integrations and big-name partnerships. Bitmoji Kit will bring your personalized avatar off your phone and onto Fitbit’s smart watches and Venmo transactions. Netflix will let you share preview images (but not trailers) from its shows to your Snapchat Story. A new publisher-sharing button for the web will let you share articles from The Washington Post and others to your Story. 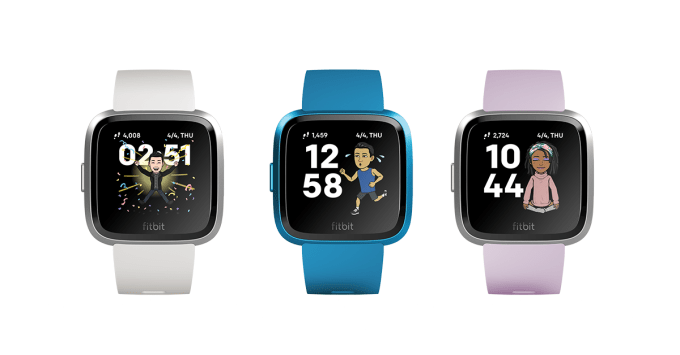 By colonizing other apps with its experience, Snapchat decreases the need for them to copy it. Instead they get the original, and a lot less development work. And the platform makes your Snapchat account more valuable around the web. These integrations might not grow Snapchat too much, but it could help it keep its existing users happy and squeeze more cash out of them.

VCs bet $12M on Troops, a Slackbot for sales teams

Slack wants to be the new operating system for teams, something it has made clear on more than one occasion,

This Case Could Change How the SEC Regulates Cryptocurrencies